2021 New Year's Resolution: "We Will Spend Less Time and Money on Security Patches" 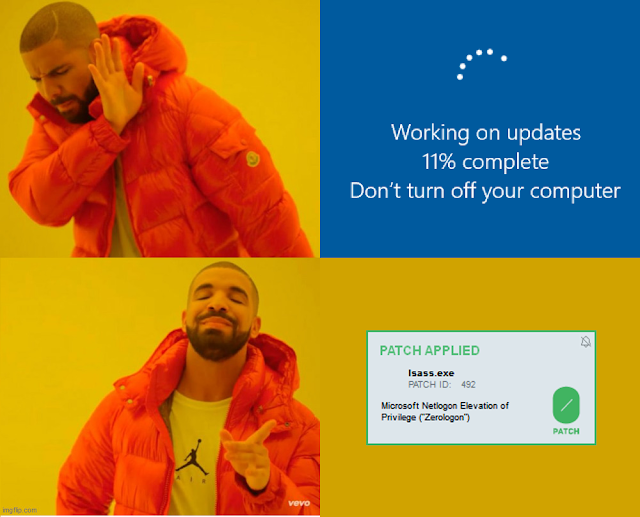 It's been over a year since we had announced our "security adoption" of Windows 7 and Windows Server 2008 R2 after they would reach end of support in January 2020. Starting with February 2020, the first Patch Tuesday without free security updates, we began actively collecting details on high-risk vulnerabilities affecting these Windows versions and issuing micropatches for them.

Many organizations that kept Windows 7 and Server 2008 R2 in their networks after January 2020 have purchased Extended Security Updates ("ESU"), which Microsoft pledged to provide for three additional years - with their price doubling in the second year, and again in the third year. For Windows 7, ESU was priced somewhere between $25 and $50 per computer for the first year, and for Server 2008 R2 at about 75% of the on-premises license cost for the first year (ouch!).

With 0patch PRO license costing about $26 (€22.95+tax) per computer per year, ESU may have seemed the better option on Windows 7 computers for organizations that wrestled a good deal from Microsoft - after all, they would get to continue doing what they did before, updating these computers every Patch Tuesday and remaining compliant while avoiding a Windows upgrade.

On servers, where 0patch PRO license costs exactly the same as on workstations, the price list was decidedly in favor of 0patch, but it's understandable that everyone is extra careful about servers and what they install on them. Consequently, many prospects we talked to ended up "going with ESU for now and keeping our eyes on 0patch until the renewal is up in 2021."

Meanwhile, Windows 7 and Server 2008 R2 are hardly going extinct. According to NetMarketShare, 24% of web traffic originating from Windows computers still comes from Windows 7 machines (33% a year ago). And both the workstation and the server are an integral part of many an expensive and/or ubiquitous medical, financial and manufacturing device - which will do their jobs quite well for years to come if only they can be kept secure.

Save Time and Money on Patches in 2021

Any organization still using Windows 7 or Server 2008 R2 and wishing to keep them secured is welcome to try out 0patch and see how easy, painless and inexpensive security micropatching is for fixing the vulnerabilities that really matter.

Save time with 0patch by:

Save money with 0patch by:

Finally, if your organization happens to still be using Office 2010 and is reluctant to replace it once it stops receiving official security updates, we have more good news: Office 2010 security micropatches are included in 0patch PRO.

Q: We don't have Extended Security Updates. If we start using 0patch on our Windows 7 and Server 2008 R2 computers now, will we receive all micropatches that have been issued since these systems went out of support?

A: Absolutely, 0patch PRO licenses gives you access to all patches we've issued so far and all patches we'll issue during the subscription term. Just make sure to have these computers updated with January 2020 rollup updates (the last free updates).

Q: We've purchased Extended Security Updates for 2020 but are now considering switching to 0patch. Can we keep the installed ESU updates on our computers and take it from there?

A: Yes. You should apply all ESU updates you will receive until the end of your ESU subscription, as our micropatches will be ported to the exact executable versions on so-updated machines.

Q: We'd like to try out 0patch before making a decision. How do we do that?

A: Create an account in 0patch Central and let us know at sales@0patch.com which email address you used so we can upgrade your account to Enterprise and issue you a couple of trial licenses to work with.

Q: Where can we learn more about your security micropatches for Windows 7 and Server 2008 R2?

A: Our Help Center articles provide a lot of additional information, but you can also send an email to sales@0patch.com with any questions that remained unanswered.